Let me first clarify, it was the FRONT of one, not the back. The kind officer gave me the choice and even though it meant he had to clean out a bunch of his stuff, I got to sit in the passenger seat. I don’t have very many goals in life, but NOT sitting in the back of a cop car is definitely one of them.

This all started out when I was down at Greenlake trying to study for my finals (slash, really just trying get a tan). I had taken some books, a bottle of water, thoroughly sprayed my pasty body with sunscreen and started to get down to studying all the stuff I missed while out on anesthesia. In the spirit of procrastination I snapped this photo of my productivity:

When you highlight a lot it clearly means you’re learning.

And then! Some jerk face ran by and stole my cell phone off my blanket! From right next to me! It was maybe three inches from my book.

The girls next to me started calling the police before I could even react properly. Who steals a phone that’s laying right next to you? Good lord. I stood up, but I wasn’t chasing the guy down because 1) I was in a bathing suit top in the interest of tanning and that thing has no support for the ladies, tiny as they may be and 2) he was seriously gone. Just gone. Up a few blocks and then disappeared up a side street. I was surprising at peace with the whole thing.. I mean, I’d already downloaded our pictures from the Victoria trip and the phone is over two years old, so I’m on borrowed time already, right?

I packed up my things and started back home when an officer pulls up in a squad car. “Are you the victim?” Uh.. victim? You mean of the phone thing? Because seriously y’all must have better things to be doing, like saving people in actual trouble. So yes, I guess I am the victim here. He was really nice and told me that some of his fellow officers had caught someone matching the description and I needed to go identify him. “Would you like to sit in the front or back?” Definitely the front, sir. Definitely the front.

We go to where they have this guy held, but I can’t make a positive ID because to be honest I really didn’t get a great look. Plus I’ve seen way too many shows on the Discovery Channel where the wrong person is put in jail because someone saw a vague suspect from 1000 yards away through dirty windows and thought it was them, so I was paranoid about giving them wrong information. I joke, I’m a terrible witness, huh? No one should get murdered near me! The police officer was not amused, “Just tell the truth. We need to know if we should search him.” The man they’ve got looks kind of like the guy, but I wasn’t a hundred percent sure, so they let him go. I would have LOVED to have called my lawyer in this situation, but you know.. no phone.

I told the officer that I can track my phone on my computer and I only live a few blocks away, so he kindly drives me to my apartment and parks in front. I offer to run in, check on where it is and report back to him, but he insists on coming up so we can do this in real time and radio it in to the guys on the ground. I let him into the apartment with a Hey hun.. so I brought a nice police officer gentleman cop guy here with me… My phone was stolen in the park. Jeff’s face embodies “What the hell, Elise?” as I bring out the computer to the kitchen and apologize to the officer for our messiness while logging on. 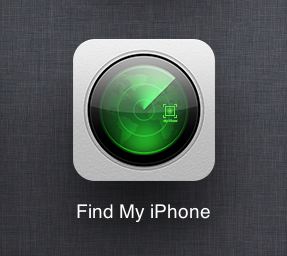 I’ve used this feature plenty of times to find my phone when I lived alone and there was no one readily available to call it. The GPS is pretty accurate, so much so that you can tell if it’s in the front or back of your apartment. The most helpful part is that you can also send a sound so it’ll chirp – helpful when you’ve dropped it outside of your car when carrying in the groceries and it’s too dark to find it.

The GPS is much more accurate than this.. I’m just not sure I want everyone to know my exact address.

So we start tracking the green dot – and our kind police officer radios the location to the other squad cars on the ground. Yes, cars plural. I had four police vehicles aiding me in the phone theft. I am a complete waste of resources. They track down the SAME GUY as before walking down the sidewalk. When they give the word I press the button that sends the sound to the phone and we all hear over the radio, “He’s chirping! He’s chirping! We got him!”.

I drive to the area with the officer to pick up my phone. As we leave Jeff tells me, “So much for you getting the new iPhone 5! Hahaha”. The suspect is already headed to the precinct to get booked and another policeman comes up all excited to hand me my phone. The whole bunch is clearly elated, I mean, how often to you catch the guy red handed? How many times does a phone theft get solved? Which made it really hard for me to tell the young guy, sheepishly, I’m so sorry, but this isn’t my phone… this is an iPod touch. “What?! But he was chirping when you sent the signal!” We call Jeff back at the apartment and he tracks the little green dot down N. 80th and up Roosevelt, headed in the direction of the precinct. Jerk face had my phone in his other pocket. 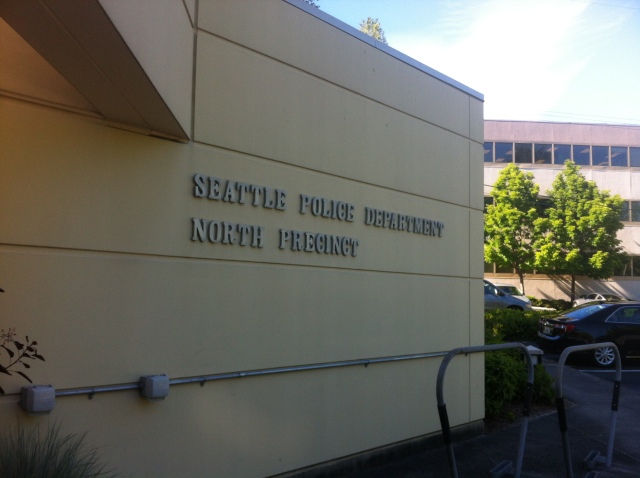 So we drive to the precinct and I got my phone back. Thanks Seattle Police for your dedication on tracking the guy down. Job well done guys. I seriously hope I didn’t detract from anything too important that day.

So clearly all this means is that I need to keep this phone forever.