Well this is it – we’ve finally left Seattle.

I’ve written many draft posts about my feelings in anticipation of today and as of yet, have trashed them all. Mourning change does not stop the inertia that is pushing us towards Minnesota. Mourning can also cloud too many things: both new opportunities and a deep gratefulness for something so special to mourn. Goodbye Seattle friends, for now. Thank you for so many sweet memories and for loving us so well.

Our last stop was by our neighborhood Dick’s on our way to I-5. One, because they are delicious and so quintessentially Seattle. Two, because there is nothing like having a cheeseburger for breakfast to cheer you up. 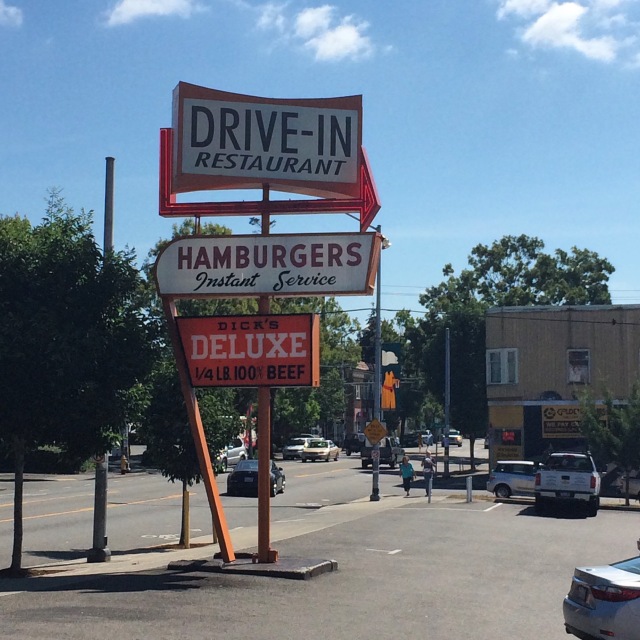 We meandered south down the interstate all morning and into late afternoon, stopping just for gas. Our goal over the next week is to see eight National Parks, eight states in eight days. 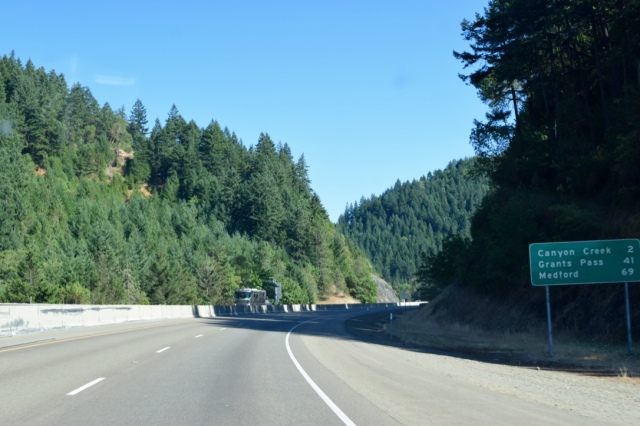 First stop: Crescent City, CA (so just go ahead and knock three states off that list – I like to get ahead early).

On our way, our little family experienced an important milestone:

I have driven this Jeep from North Carolina to Quebec to Florida and back again, between New Jersey and Pennsylvania and countless trips between school and Tennessee. She has made a true cross country road trip and survived two back to back trips to Burning Man. I have driven this Jeep since high school and she is one of the few things that I’ve had since before I met Jeff.

It’s easy driving on an Interstate, so we made good time through southern Washington, Portland, the Willamette Valley and down into southern Oregon: 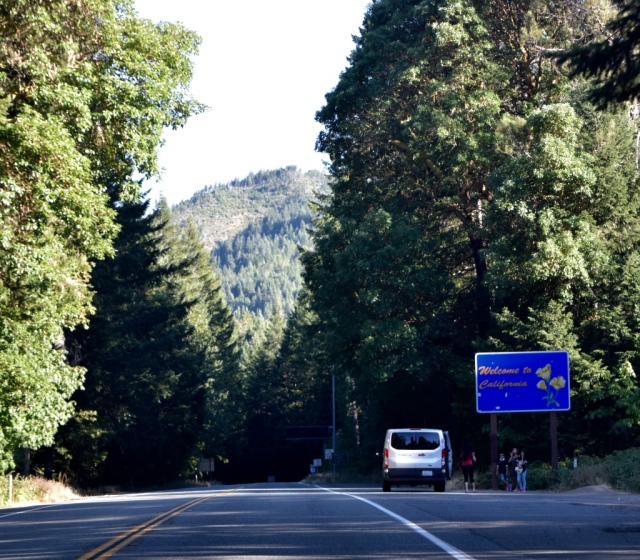 We crossed into California around 6:30pm. 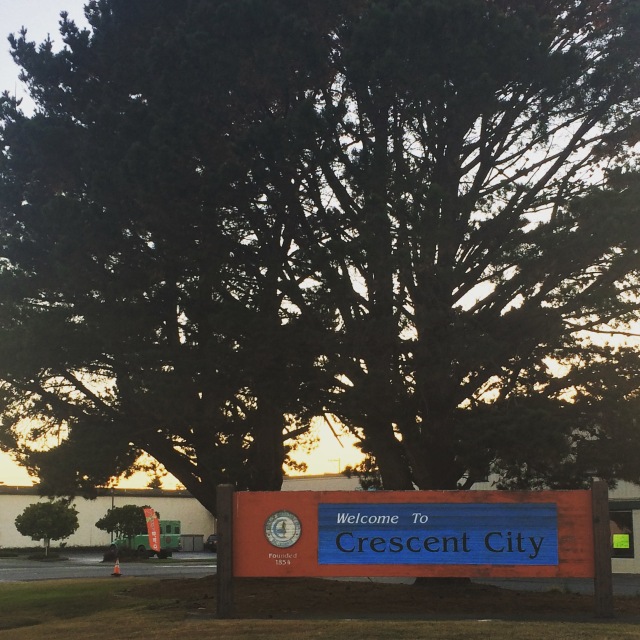 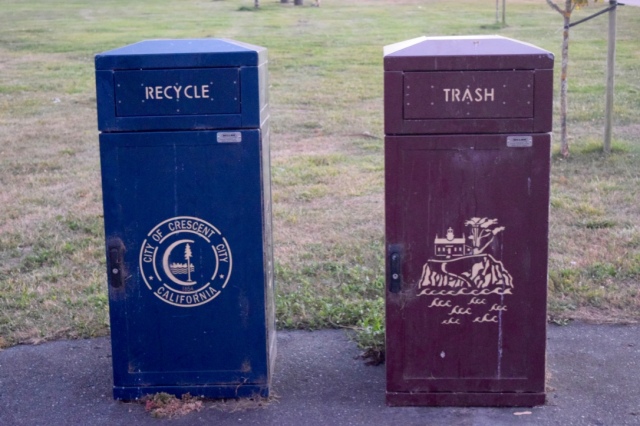 After our cheeseburger breakfast neither of us felt like lunch, but hunger returned around supper, just in time to settle into our hotel. After feasting on Mexican at Perlita’s, a strange sound pierced our sunset walk back to the hotel. It sounds like a cross between a whale dying and a angry sigh. I walked to the park next to the ocean to check it out (and because I wanted to see the Pacific again) and discovered that it was the foghorn at the lighthouse blasting it’s warning to incoming ships. We’ve found a white noise app to help us sleep. 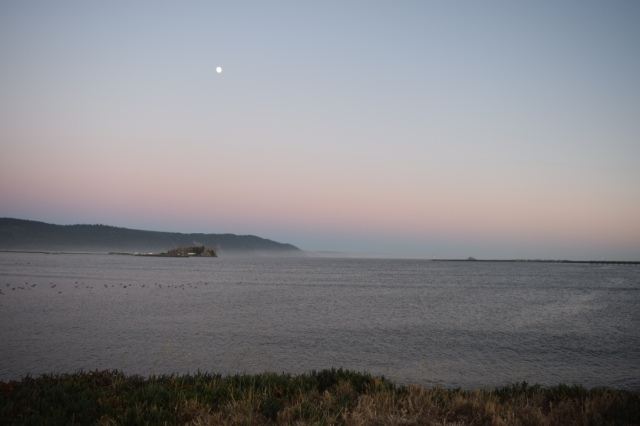 Noisy lighthouses should be seen and not heard.

Morning update: Read last night that Crescent City is the tsunami capital of the United States and learned from experience that it’s populace must be crazy from listening to that damn foghorn all. the. time. Time to get out of here! On to Lassen.