After our gigantic kayak fail last weekend we decided to take a trip that left navigating water to the professionals. From our balcony we can see the glaciated tops of the Olympic Mountains and so today we took advantage of the gorgeous weather and took a trip out to the Peninsula. Nothing like sunny day to inspire a trip to one of the rainiest spots on earth!

We left early and caught the ferry from Edmonds to Kingston – the first time I’ve ever driven my car on a boat! 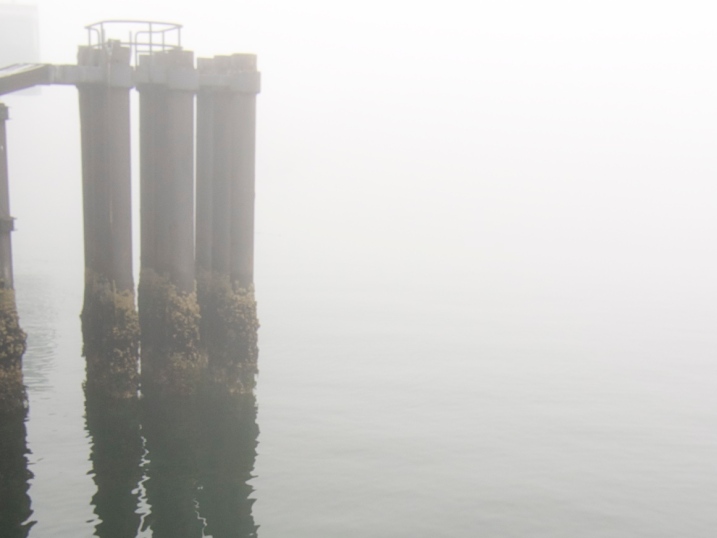 As you can see, it was a little foggy. Looking through the windows of the boat you could see little more than a thin line dividing similarly colored heavens and water. This blank background made it easy to pick out orangey pink jellyfish floating in the sound and we briefly giggled at a passing otter that Jeff spotted.

Once on the Peninsula we drove west, a direction that after the past month or so we thought we had run out of. This took us through the town of Forks of Twilight fame. Lots of kitsch, but no vampires – maybe because by this time the sun had come out. 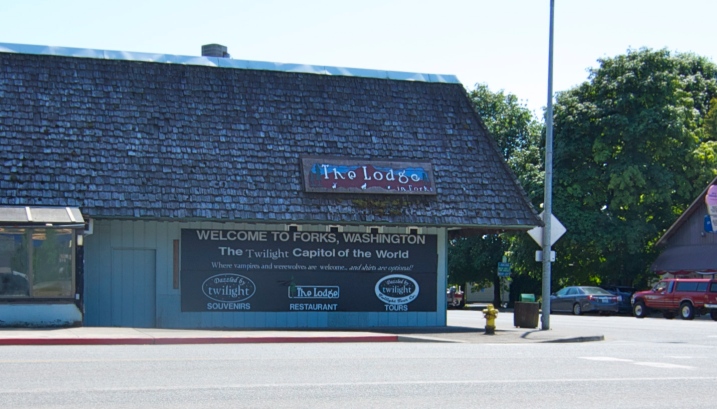 There isn’t a whole lot on the Olympic Peninsula; it boils down to mostly a big chunk of inhabitable rugged mountains making up the Olympic National Park in the middle circumnavigated by the 101, a highway that starts up here and goes all the way down to the East Los Angeles Interchange (the world’s busiest highway interchange, btw). The 101 took us past Lake Crescent on our way to the Western entrance to the Hoh Rainforest.

It was really pretty, really blue and really clear

We finally made it to the Hoh Rainforest in the Olympic National Park around lunchtime. Yay for our America The Beautiful pass for getting us in for free (we’d broken even on buying it at Glacier National Park but now we’re saving money on it!). This is the rainiest spot in the continental US, averaging 150 inches of rain a year – that’s 12.5 feet! From our visit you’d never know it though because it was gorgeous and sunny. 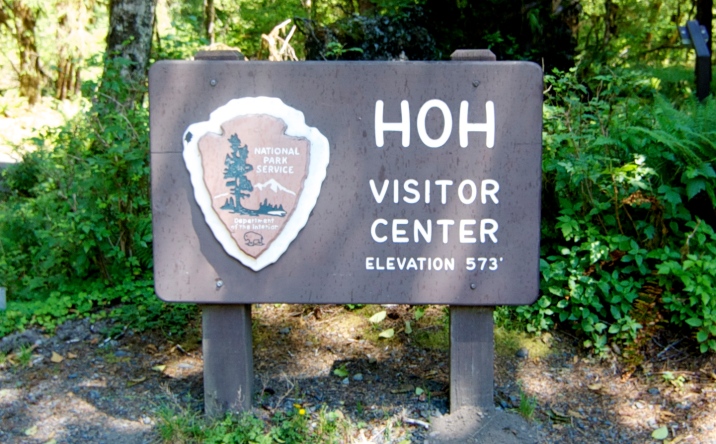 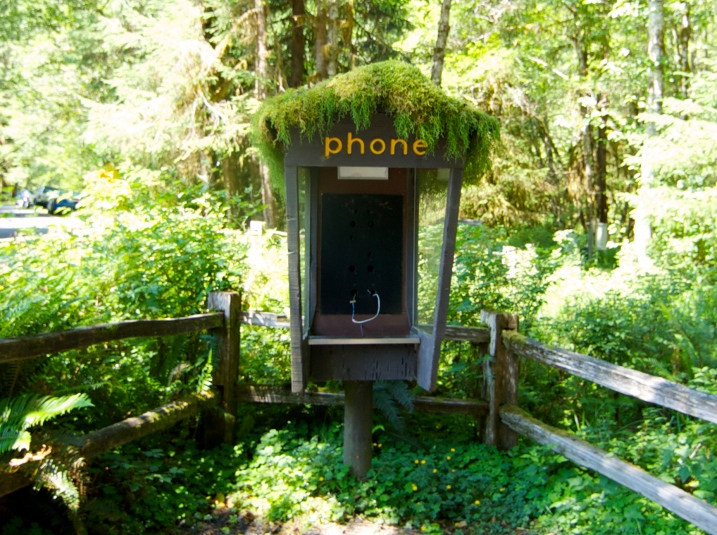 We walked the brief Hall of Mosses trail which looked like it was straight out of the Dagobah system.

In a temperate rainforest there is a lot of moss 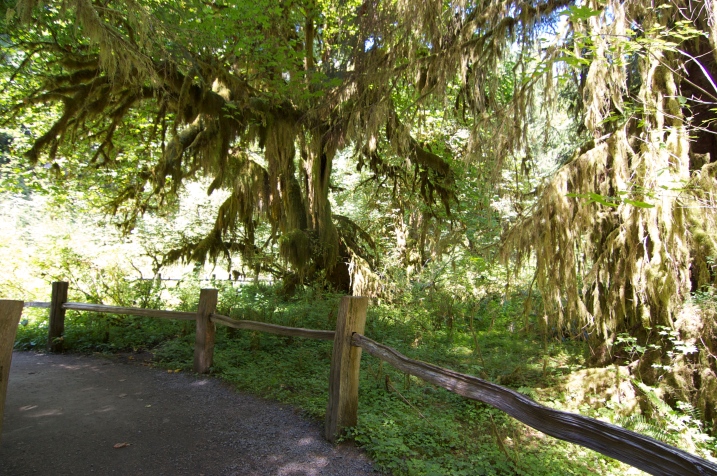 This was a skinny tree

Trees growing out of trees!

Little blurry, but that’s what you get with the auto timer

After lots of green and sunshine to recharge my soul, we headed back to Seattle on a much clearer ferry ride with great views of Puget Sound. 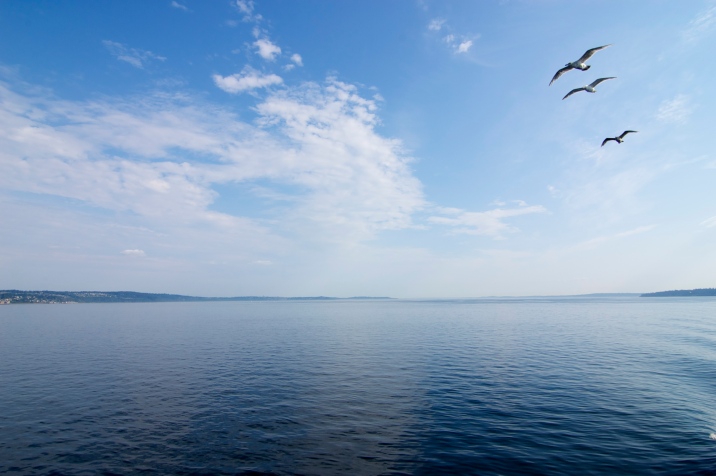 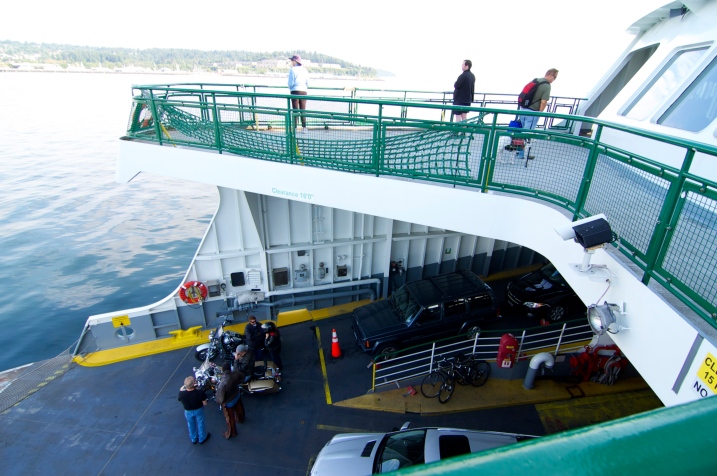 My car – ON A BOAT!
(i was wearing flippie floppies) 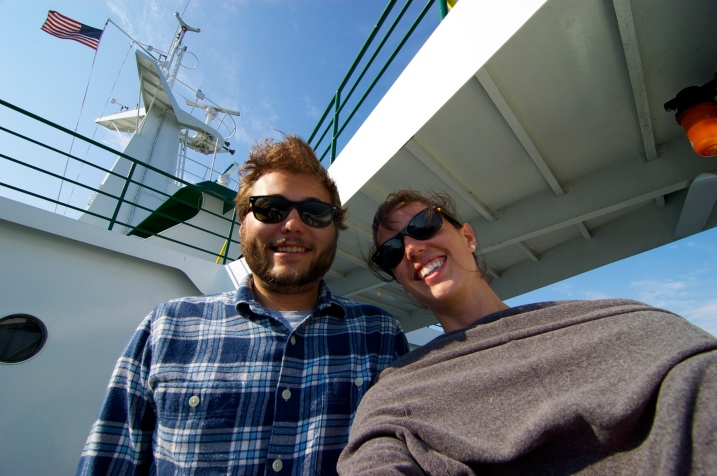 After a long day of driving all over creation we settled into a nice chicken dinner at home and past episodes of The Office.

So today’s lesson: sometimes there is no rain in the alleged rainforest and when it’s sunny there are no vampires in Forks.

Also we found Twilight beer at our corner market and thought it was an appropriate end to a day spent visiting Forks. 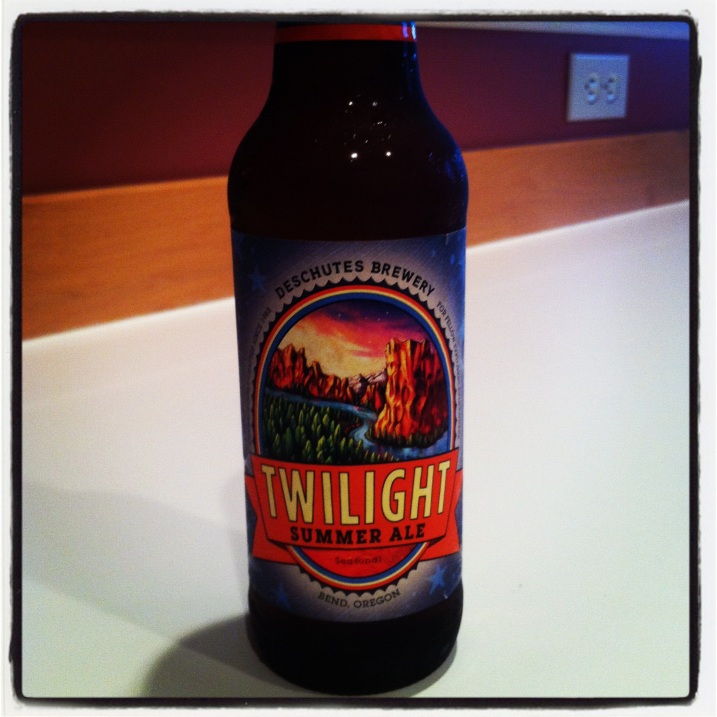 So I drank one for winning. And it was delicious. The End.